Since its founding in 1990, MIX has travelled through History tracing its own lines over time, growing structurally and culturally, technologically renewing itself, achieving ambitious goals and constantly seeking new ones.

From setting up in Cavezzo to developing the product range
× 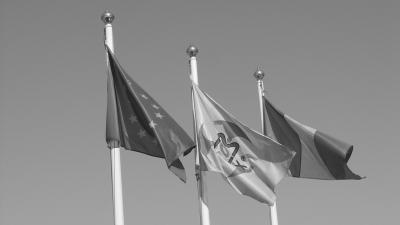 From setting up in Cavezzo to developing the product range

MIX was established in 1990 with a very precise business mission: to design and manufacture mixing systems that are capable of mixing and treating different types of products, while offering the highest quality and reliability.

Its headquarters are located in Cavezzo, in the heart of the most important national mechanical industry area.

Red color, in the Company’s Logo, to underline our passion and hard work.

Thanks to a team of highly qualified technicians, in a few years MIX was able to expand its production range (Filtration, Interception, Monitoring, Transport and Extraction), and to establish itself on a difficult and competitive International market, combining constant research, continuous innovation and a targeted development program. Together with these efforts, the choice not to supply plants, but components and process machines for plant engineering , has significantly increased the results.

From technological research to the enrolment in the National Research Register
×

THE ENROLMENT IN THE NATIONAL RESEARCH REGISTER 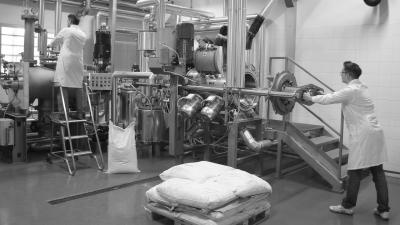 From technological research to the enrolment in the National Research Register

MIX pays special attention to the design, production and marketing of technologically innovative products, making sure to avoid “cloning" existing products.
The need to research:

has allowed MIX to become one of the Companies registered in the National Research Register. This occurred on 30/07/1991. 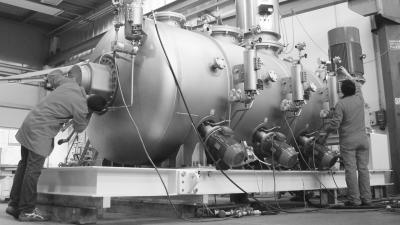 The need to plan, monitor and improve processes, using the resources available to the fullest, have led the MIX organisation to revolutionise quality management by evolving it, focusing primarily on Customer satisfaction.
In 2001, MIX obtained the Quality Management System Certification, the current ISO 9001.
The company shares a “line-organisation", i.e. all processes are organised in order to meet Customer needs.

THE DRIVING FORCES FOR GROWTH 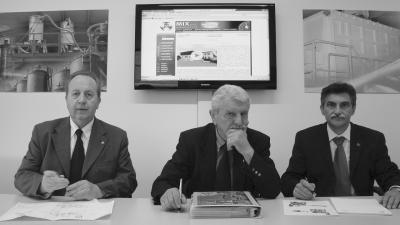 In 2002, the growth in demand resulted in an expansion of the production facility, with an extension in Medolla, i.e. an indoor facility covering an area of 7,000m2.

The authentic leaders and driving force of the Company, who constantly bring new energy and brilliant ideas, are the Business Partners who, thanks to their many personal experiences in over 40 years of activity in important sectors, such as mechanics, the iron and steel industry, electromechanical engineering, design and automation, deal with business issues with prestige, offering their precious expertise. 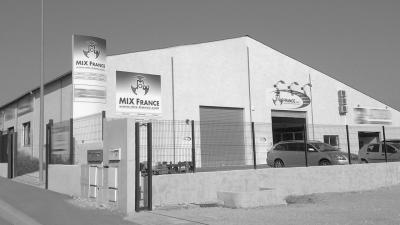 Support in the various markets is ensured by the international companies with which MIX collaborates: the Distributors.
After establishing a solid partnership with a French distributor, in 2004 the first foreign branch of MIX was established in Saint Maximin: MIX France. With its extensive networks of agents, the Branch ensures an efficient pre/post-sales service, as well as timely deliveries thanks to warehouses throughout the territory.

From an additional production expansion to the awareness of proven Craftsmanship
× 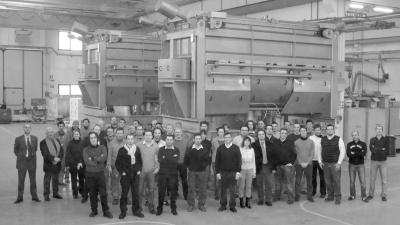 From an additional production expansion to the awareness of proven Craftsmanship

In 2007, the gradual rooting in international markets led to an additional expansion of the facility in Medolla, with an indoor area covering 10,000m2 out of a total of 20.000m2, providing it with cutting-edge design technologies, new production lines, warehouses for storing semi-finished products with high storage capacity and, of course, new professional resources, a key element of the success of the MIX company.

Fairness, honesty and transparency have always been the distinctive features of MIX in its relationships with Partners. “Craftsmanship", seen as the way to deal with production, organisation and internal relations, as well as pride in the results achieved, which are noticeable right from the first contact with this dynamic company.

From continuous growth to the 20th anniversary
× 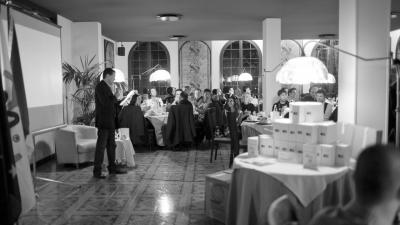 From continuous growth to the 20th anniversary

After two decades of commitment, passion and experience acquired over time, the company MIX celebrates its 20th Anniversary.

On the occasion of this event, the MIX Management acknowledges:
- the commitment demonstrated by the Workforce, Branch and Distributors,
- the joint efforts made by Suppliers,
- the constant trust of Customers,
and, therefore, would like to thank all those who contributed to the development and distribution of MIX Products both nationally and internationally.
This first success is the starting point for seeking and pursuing new ambitious goals

THE EVENT THAT MARKED A CHANGE 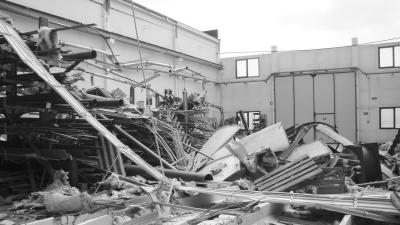 Reaction, commitment and perseverance are part of the approach that has always characterised the MIX Team. The combination of these elements is the “secret" to the company’s survival, following the damage suffered due to the tragic earthquake on 20th and 29th May 2012.

By implementing a timely and quick relocation of its Offices and Departments, MIX has ensured production continuity, employment for its employees, but also the company’s survival.
The subsequent reconstruction in record time
- by 31/12/2012, the 3,000m2 of the facility that had been destroyed had been rebuilt, 4,000m2 of the partially damaged facility secured, and all staff deployed in temporary locations had returned to the headquarters;
- by 31/12/2013, the remaining 3,000m2 of the destroyed facility had been rebuilt, cheered up the Team, exhausted by the efforts they had made for what initially seemed to be an “impossible” challenge.

The resources used for reconstruction, along with the economic crisis that affected the French market, although slightly later, contributed to the merge of the French branch and the Italian one. The pre/post-sales service was once again ensured by the mother company.

MIX has dedicated a collection of images, stories, articles and voices to those who went
- from “normality" to destruction, with injured people, victims and displaced persons among the population,
- from solidarity, supporting each other, to the determination to react,
- from the rubble to a “miraculous" reconstruction,
and managed to survive, rebuild, renew and invest. 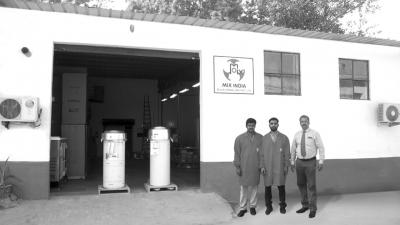 In this time of uncertainty and hardship, MIX keeps an eye on new emerging markets, with the awareness that growth comes through direct presence in different areas of the world. On 05/08/2013, the Branch MIX INDIA BULK HANDLING PVT LTD was finally set up in India.

Located in Faridabad, just south of New Delhi, MIX India guarantees Indian companies a full supply of MIX products, with the aim to satisfy its Customers while maintaining unaltered quality standards of both services and assistance, which are much appreciated by MIX Customers worldwide. 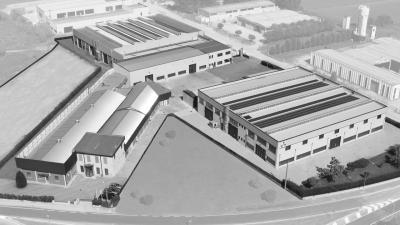 After the earthquake, MIX was reborn with a new capacity in 2014, industrially evolved and, humanly speaking, more aware of its own value, the value of “Made in Italy" production that makes many Italian companies stand out worldwide.
Today, MIX has:
- latest generation antiseismic structural solutions with a high thermal insulation coefficient,
- fire prevention systems with autonomous water reserve,
- a photovoltaic system for the production of clean energy (covering 100% of its energy requirements),
- efficient production areas: equipped, spacious, bright, ventilated, air-conditioned,
- a state-of-the-art laboratory for mixing tests,
- an “R&D" department for ongoing Research and Development of innovative solutions and products,
- a Team of technicians/sales clerks, highly skilled, young and dynamic. 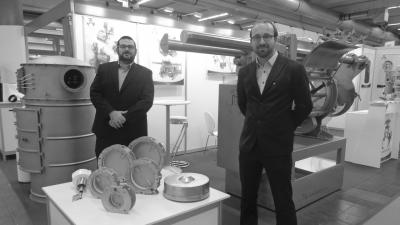 In Europe, to ensure a more widespread dissemination of its sales and support network, on09/01/2014, in Germany, MIX founded the Branch MIX DEUTSCHLAND GMBH.

Stationed in Leipzig, MIX Deutschland provides a precious technical/pre and post-sales support service throughout Germany and in the neighbouring countries. Professional reliability, efficiency and timeliness are the guiding principles of the German team.

From maturity to the 25th anniversary
× 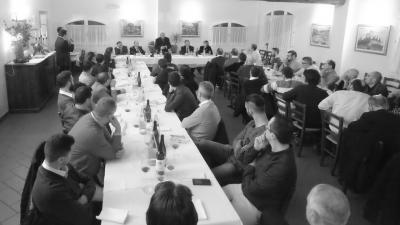 From maturity to the 25th anniversary

The company’s 25th anniversary demonstrates the maturity of its Team. This occasion brings out the pride in being part of this company, which has established itself over time, constantly motivated to grow and focused on innovation.

CERTIFICATION OF THE ENVIRONMENTAL, HEALTH AND SAFETY AT WORK MANAGEMENT SYSTEM 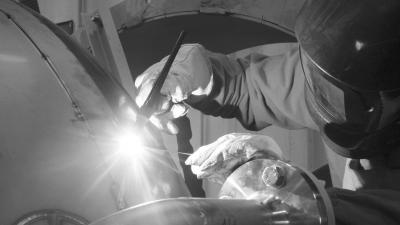 The sensitivity shown in the fields of
- sustainable development (respect of ecosystem integrity, use of renewable resources)
- health and safety in the workplace (implementation of safety measures),
has been the focus of the MIX Quality Department for several months, seeking solutions and procedures that comply with these requirements.
At the end of this process, on 21/06/2016 MIX obtained the Integrated Management System Certification (Quality, Environment and Safety), the current: ISO9001 - ISO 14001 - ISO 45001.
MIX is still committed to further enhancing the goals it has achieved so far.

From the guidelines of the Factory 4.0 to the achievement of an increasingly “smart” company
× 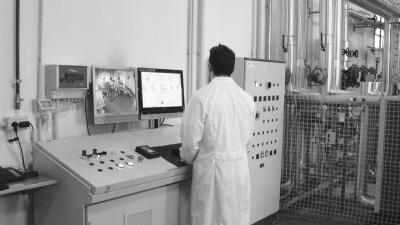 From the guidelines of the Factory 4.0 to the achievement of an increasingly “smart” company

The MIX renewal process towards an increasingly “smart” company, inspired by the guidelines dictated by the Factory 4.0, now strongly involves:
- the company‘s computerisation, updated and extended to all departments and work contract categories,
- quality, by complying and obtaining new Certifications,
- R&D (Research and Development), with the increase of design applied to the development of innovative new products,
- the Web portal and services, with the publication of a new platform and the provision of services aimed at connecting resources,
- the team, with professional training courses, with the aim to implement a correct approach and use of the new digital tools, and to develop skills and abilities.

The development process that has been underway for years has now accelerated considerably, leading to a modernisation of organisational processes, which are increasingly monitored and simplified, qualifying the staff at all levels.

The Digital Revolution is perceived by the Team as a corporate goal of crucial importance, to be pursued on a daily basis, in order to meet market requirements at best, to design and manufacture products while ensuring a high level of sustainability, within the framework of a concise and planned corporate vision.

The way forward has been paved and the Digital Revolution at MIX is now fully underway...

The Assietta Private Equity SGR Spa fund, through the “MIX & Co Spa” holding company, also held by Guglielmo Pellacani, Ermes Prati, Loris Marchesi  and Creazione di Valore Srl, has invested in the capital of MIX, with the purpose of establishing, starting from MIX, a grouping of leaders in their respective production sectors, capable of promoting the growth and development of the holding company and of future partners. The entry of the Assietta Private Equity fund is aimed at boosting the leap forward in size and internationalisation, with a view to growth and the enhanced ability to cater for the demands of the market. 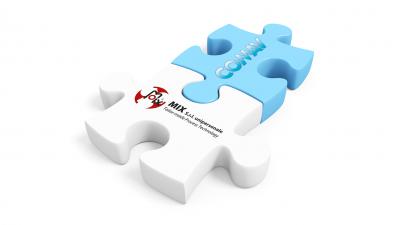 Assietta Private Equity SGR (APE SGR), through its company MIX, has acquired 100% of COMAV Srl, an SME based near Ferrara specialized in custom design and construction of bag emptying machines, rotary and diverter valves, balers, aero mechanical conveyors and emptying/filling solutions for Big Bag, OCTABIN and Container, used in the food, plastic, chemical and pharmaceutical industries. Founded in 1980 and based in Terre del Reno (Ferrara), in 2020 COMAV achieved a turnover of around 8 million euros, employing over 40 employees. The combination of these two realities represents an important step on the way to the creation of a pole able of providing customers with a wider range of solutions for their business. This new set-up, which today aggregates about 20 million euros in turnover, aims to pursue commercial synergies between the two companies, especially at an international level, leveraging the high technical expertise of the two companies. In particular, the ambition is to offer to plants manufacturers of bulk powder handling, everything they need for their creations. APE SGR was supported by CdV Srl, by Eng. Paolo Colonna, an operator who can boast 40 years of activity and more than 100 private equity transactions. 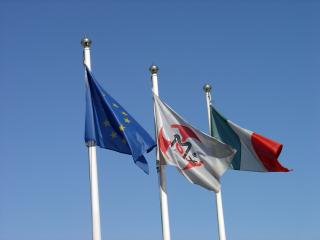 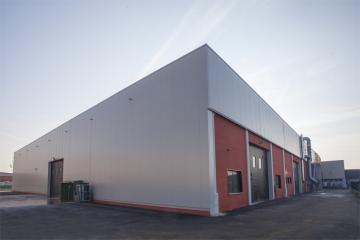 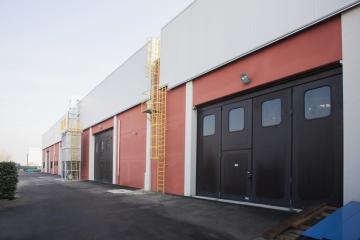 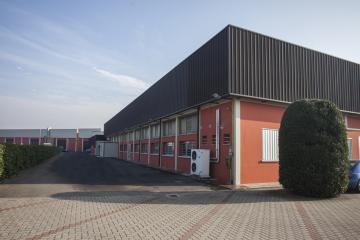 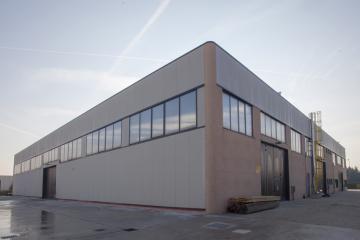